Review: The Animals & Children Took to the Streets 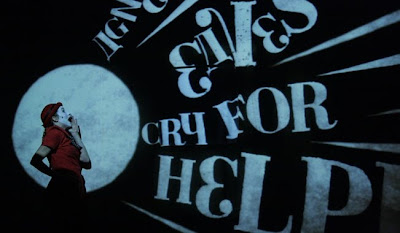 All cities have their slums. In The Animals & Children Took to the Streets, set in a prosperous and cultured city “where art is spelled with a capital R”, the slum’s dark heart is the festering and fetid district around Redherring Street, and in particular, the stinking, sprawling Bayou Mansions.

A cavernous and decaying apartment building where the rooms are so small there’s no room to swing a rat, the Bayou is populated by swarming cockroaches, curtain-twitching perverts, angry swarms of feral children, and the Caretaker – a miserable fellow whose only goal in life is to save up for a one-way ticket out of Redherring Street.

When attractive art therapist Agnes Eames and her daughter Evie move into the Bayou Mansions, the Caretaker suddenly finds himself with a new goal in life – especially when Evie Eames goes missing.

Like poor Evie, the Caretaker is swept up in the piratical plots of Zelda, the leader of a particularly anarchic gang of Redherring Street children, and the counter-plots of the city’s Mayor, whose nefarious plans are intended to quash Zelda's revolution utterly.

Like their first show, The Animals & Children Took to the Streets is an ingenious and imaginative production featuring white face-painted performers who act out the melodramatic plot in front of digitally animated and interactive backdrops, accompanied by silent-movie inspired piano music played live by Henley.

Unlike Between the Devil and the Deep Blue Sea however, which was a series of short gothic sketches, this new production sees the company embracing a sustained narrative. While it lags a little in the middle third of the show, the evocative story admirably displays the company’s mordant wit and deliberately stagey performance style, and especially Barritt’s startling constructivist-inspired animations, which in conjunction with the performers' perfect timing and their interaction with the projections, bring Andrade’s outlandish story to vivid and remarkable life.

Continuing the social realist tradition of such science fiction classics as Fritz Lang’s Metropolis (released, not so coincidentally, in 1927), The Animals & Children Took to the Streets is a deliberately unsubtle critique of the ever-growing gap between society’s haves and have-nots, and a delightful work of contemporary theatre.

Created and performed by 1927

Posted by richardwatts at 11:35 pm